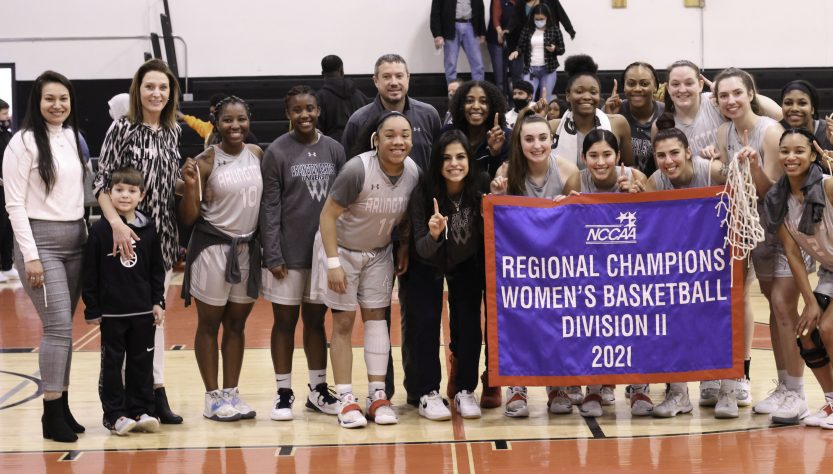 The NCCAA DII Southwest Regional Basketball Tournament took place last week at Dallas Christian College in Dallas, Texas. The Lady Patriots entered as the #1 seed in the tournament and took care of business, as they defeated each opponent by at least 25 points.

In the first round, the Lady Patriots defeated the #8 seed, Southwestern Adventist University with a final score of 99-27. Jakayla Bradford and Peniah Waites led all scorers with 18 points each. Bradford also added 7 rebounds, 4 assists, and 4 steals.

In the Regional Championship, the Lady Patriots would take on the #6 seed Dallas Christian College, defeating the Crusaders with a final score of 88-59. Freshman forward, Jakayla Bradford, came up big for the Lady Patriots, leading all scorers with 28 points while also adding 13 rebounds and 6 steals. Sophomore post, Billie Sulak, was also a force for the team as also recorded a double-double with 12 points and 14 rebounds. Aaliyiah Clark and Peniah Waites both also scored in double figures adding 13 points and 10 points, respectively.

The Lady Patriots have now racked up a total of nine Southwest Regional Championships, and will move on to the NCCAA DII National Women’s Basketball Tournament in Joplin, Missouri. They will look to claim their sixth National title in a row, as last year’s tournament was canceled due to COVID-19. Congratulations to our Lady Patriots!