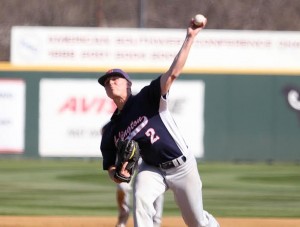 Patriots and Howard Payne University traded the lead five times in game one on Tuesday, but the Patriots ended up on top with a 6-4 win in seven innings over HPU. Arlington finally managed to grab the lead after a strong fifth inning. The Patriots scored on an RBI single by Josh Eatherly (Jr./Forney, TX), bringing home Devin Patton (Sr./Cedar Hill, TX).

It was a good day at the plate for Patriots’ Ryan Wagley (Jr./Mansfield, TX). Wagley went 3-4 and scored one run, singling in the first and third innings and doubling in the sixth inning. 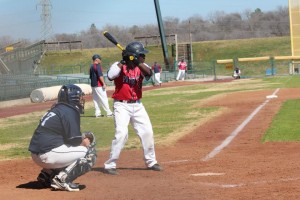 In game two, Arlington Baptist was able to overcome six lead changes and take the double header in a walk-off fashion, pulling out a 5-4 victory.

With the bases loaded in a tied game and two outs in the bottom of the seventh, the Patriots scored on an RBI single by  Dehryen Noriega (Fr./Keller, TX) bringing home Josh Eatherly who reached on a leadoff walk.

Armando Garza (Jr./McAllen, TX) got the win for the Patriots. Garza allowed one run over one inning striking out two, walking two, and surrendering zero hits.

Arlington Baptist will return to action for their last home game on Monday at 3pm at LaGrave Field for a single 9-inning contest against the University of Science & Arts Oklahoma (22-20) from the Sooner Athletic Conference.

The Patriots will conclude their 2014 regular season with another single game next Wednesday as they travel across town to take on the University of Texas-Arlington (18-23) of the Southland Conference at 1pm at Clay Gould Ballpark in Arlington, TX.