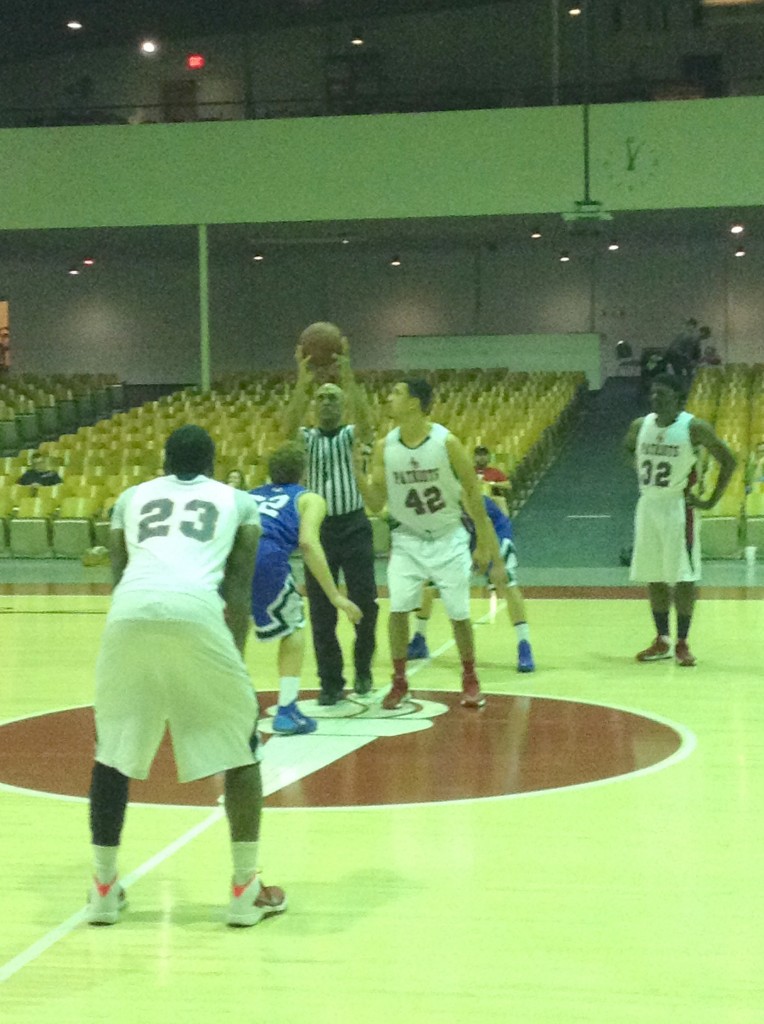 The Crusaders went down early as Junior Shooting Guard Raphael Garcia frustrated their zone defense from long range; he would ended the game with 29 points, connecting 9 out of 16 three-point attempts. The game stayed close however, and as the teams continued to trade buckets due to the fast pace, the Patriots went into the half only up by 13, though previously leading by 20 plus.

The second half play was not sharp for the Patriots early on, as they struggled to get to the free-throw line and continued to allow the Crusaders to get hot from deep. Shooting Guard Cameron Woodring led Ozark with 24 points – 17 of them coming in the second half alone.

The Inside out combination of Shooter Raphael Garcia and Postmen Jeremiah Ford and Hugo Rodriguez however never let up. Both Big-Men finished the night with a double-double, bucketing 23 points a piece and snatching over 13 boards while Point Guard Simeon Brinkley and Jonny Shrake led the team with assists, each dishing out 12 and 8 respectively.

With a burst of energy and defense late in the second half, the Patriot’s moved from being up only 8 to 28 in order to finish off any hopes of a comeback as the final score ended at 99-71 in the Patriot’s favor.

The Patriots will continue play tonight as they face Abilene Christian University in an exhibition game in Abilene, Texas. Tip off begins at 7:30pm