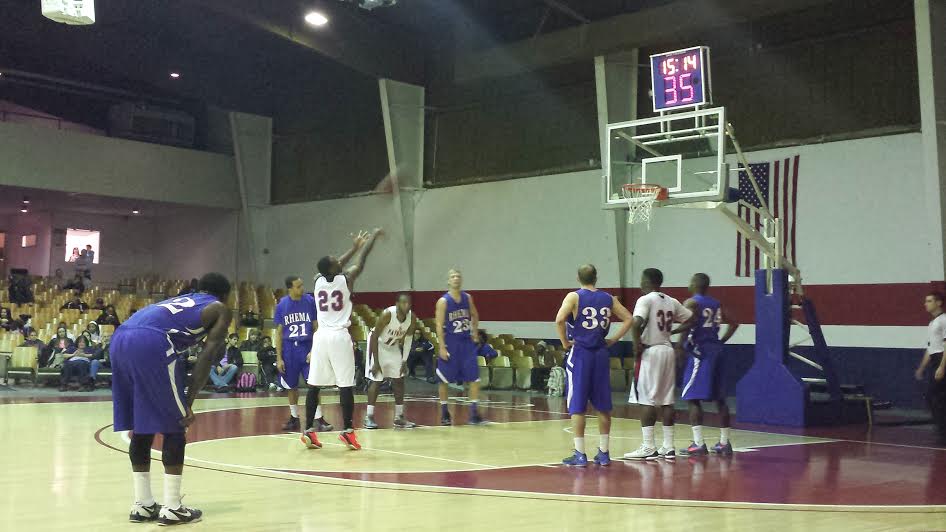 The Patriot Basketball team faced the Rhema Eagles in what was anticipated to be a close game this past Friday night. On their previous meeting the men were held under 60 points and lost by one point in the final seconds.

This night was a different story however, and right at the tip the Patriots were eager to play the team who had stolen a win from them earlier in the season. Led by Junior Guard Joshua Green (McKinney, Texas/McKinney North HS) who had a season and team high of 34 points, the Patriots made sure that the Eagles would not sneak up on them again. The Patriots never trailed after the first five minutes of play and with Junior Shooting Guard, Raphael Garcia (Irving, TX/Northlake CC), hitting 6 out of 11 from long-range, the Eagles did not stand a chance, as the Patriots brought in a 100-69 victory.

The Patriots evened out their record to 9-9 on the season and continued to protect their home court as their homestead record is now 5-0. The team’s next game will be this Saturday in Joplin, MO against conference opponent Ozark Christian College.