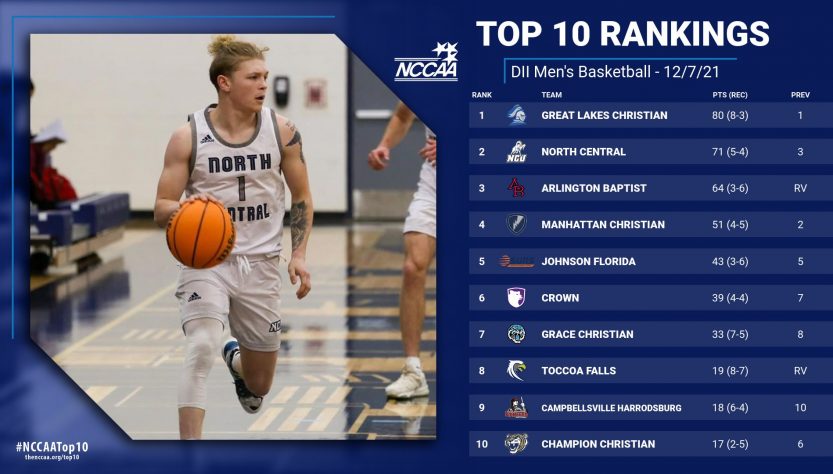 Upon taking down Manhattan Christian College last Friday night, who was previously the 2nd-ranked team in the Nation, the Arlington Baptist University Men’s Basketball team has now moved up to 3rd in the NCCAA DII National Rankings.

The Patriots had something to prove going into Friday night’s game as they received votes, but were left out of the Top 10 National Rankings the week of November 23rd. They came out confident and kept the game close against a talented Manhattan Christian College basketball team. The Patriots went into halftime down by 2 points, but pulled through to defeat the Thunder by a score of 75-71.

Trey Ballard and Da’vione Stafford led the Patriots in scoring, both pouring in 16 points each. Sheldon Hodge led the team in rebounds with 10, while also adding 7 points and 5 assists. Braxton Bosher also had a notable performance with 11 points and 6 rebounds.

The Men’s Basketball Team is now 1-0 against Southwest Region opponents and will play in two exhibition games before the Christmas Break. We look forward to seeing our Patriots back in action at home against Spurgeon College on January 7th!

IT’S ALWAYS A GREAT DAY TO BE A PATRIOT!