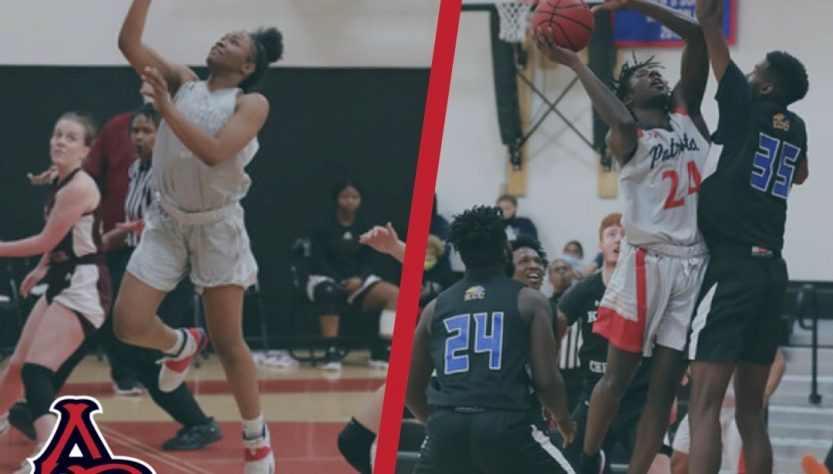 Both our Men’s and Women’s Basketball Teams competed in the NCCAA DII National Championship Game on Saturday, March 13. While both teams put in valiant efforts, they came up short and finished as runners-up. Patriot Nation is immensely proud of both team for an outstanding season.

The Lady Patriots competed in their 7th NCCAA DII National Title game in a row against Southwest Region opponent, Champion Christian College. Three Lady Patriots scored in double-figures; Aaliyiah Clark with 22 points, Rebecca Farmer with 16 points, and Peniah Waites with 15 points. The Lady Patriots fell short to a talented Champion Christian team with a final score of 81-87. Rebecca Farmer was named to the All-Tournament Team for her performances across their three-game run. Aaliyiah Clark was named National Player of the Year for the second year in a row, and Peniah Waites was named a 2nd Team-All American for the second year in a row.

The Patriot Men’s Basketball team competed in their first National Title game since 2014. They advanced to the Final after a thrilling overtime win against Randall University in the 2nd round of the tournament before falling to Johnson University (TN) in the National Championship. Trey Ballard led the Patriots in scoring with 28 points. Tra Mallard and Da’Vione Stafford also scored in double figures, adding 18 points and 12 points respectively. Tra Mallard was named to the All-Tournament Team as well as the All-America 2nd Team.

Congratulations to both teams on their successful season. Patriot Nation is proud of you and very excited for the future!