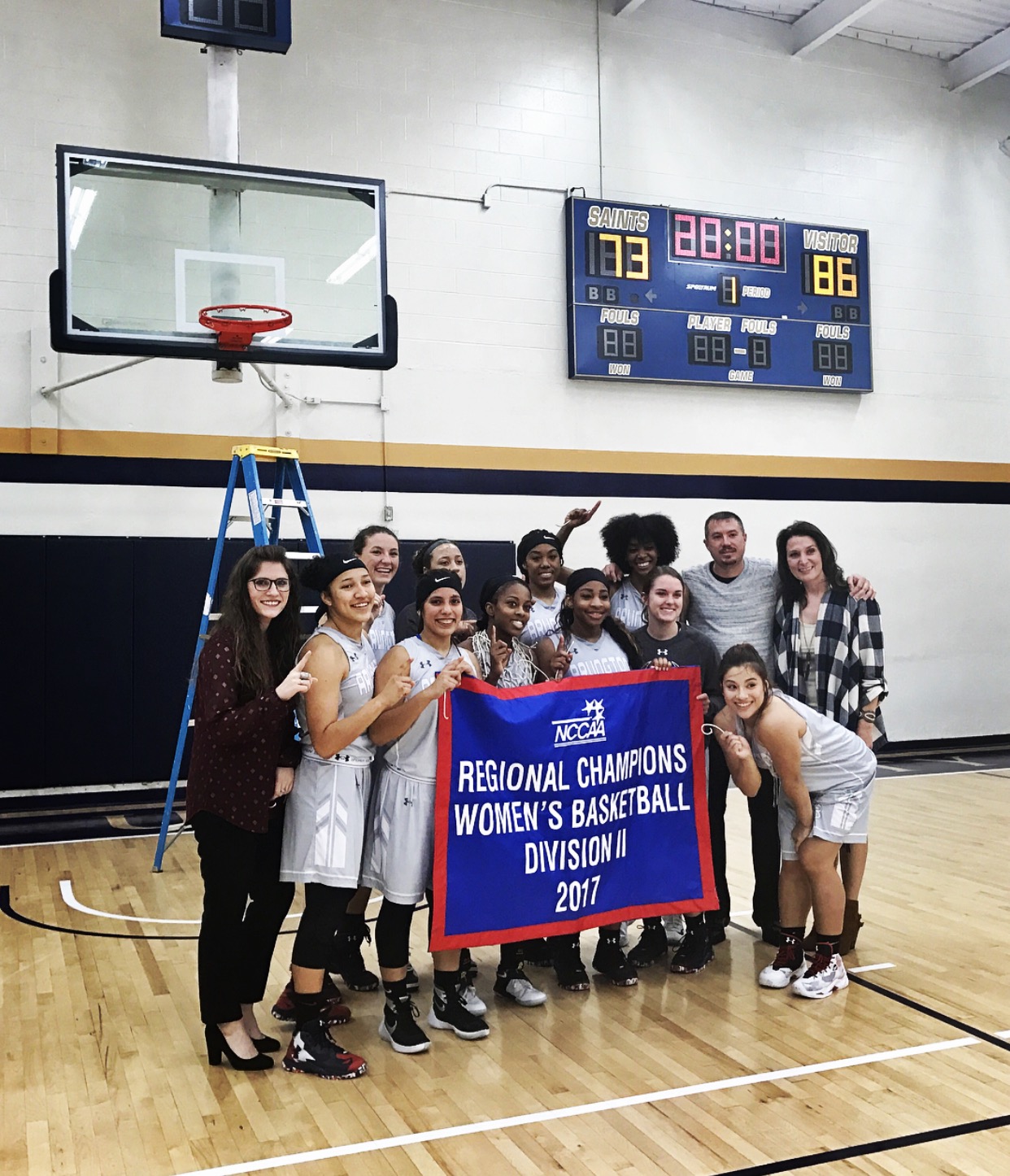 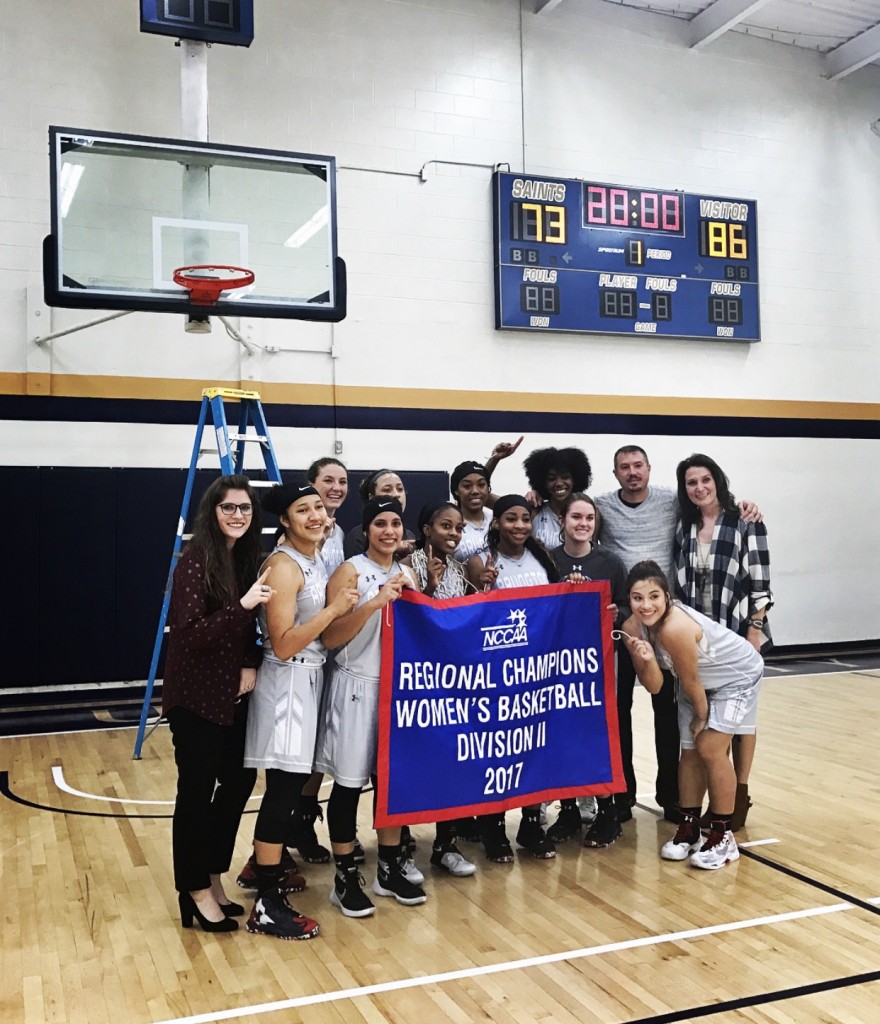 MOORE, OK- After defeating Central Christian College of the Bible, 123-65, in the opening round of the 2017 NCCAA Southwest Regional Tournament, the Lady Patriots secured their fifth Southwest Regional championship over Randall University in as many years.   The 86-73 win was hard fought.  Midway through the first quarter the number one seeded, Lady Patriots were trailing 14-4 on their opponent’s home court.  A quick timeout by Coach Clifton McDaniel allowed the ladies to find stability.   SW Region MVP Zayda Gonzalez led the Patriots as the first quarter ended, 28-23, on an Arlington 24-9 run.  ABC never looked back after the startling scare.

The second quarter was won by the Patriots 23-18.  They took advantage of Randall’s foul trouble as Kayla Beattie took over and had her best quarter with eight rebounds and 10 points.

The third quarter was much closer.  Randall University came out of the half with a vengeance.  The quarter ended 72-62 with each team scoring 21 points.

The extremely fast paced game finally slowed down in the fourth quarter.  Arlington looked to milk the clock and hold on to their ten point advantage.  They expounded on their lead and pushed it to 13 to finish the game.

The reigning champions were led by 2017 Regional MVP, Zayda Gonzalez.  She took control finishing with 26 points.  Alongside Gonzalez, Kayla Beattie and Jayzhia Softly each finished with a double-double.  Beattie, a 2nd Team All-Region player led the team with rebounds with 20 and 14 points.  1st Team All-Region player, Softly, poured in 18 points along with 12 rebounds.  Rounding out the regional players, 1st teamer, Aimee Brown, contributed with 17 points.  Daija Stanford headed the team with steals by earning six.  Then Daryane Yarbrough and Brooklyn Battise sparked the team of the bench with clutch rebounds and impressive defense.  The win over the nationally ranked #4 Randall was a total team effort with tenacious mental toughness.

With the win, the Lady Patriots earned the #1 seed and punched their ticket to the NCCAA National Tournament in Ankeny, Iowa where they look to defend their back-to-back titles.  However, first, they will travel to Joplin, Missouri to the ACCA National Tournament.  They look to leave there with their third national title in as many years.