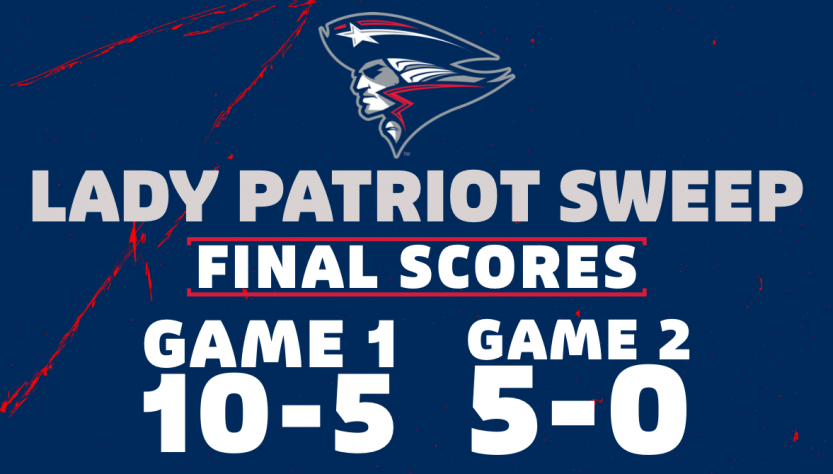 Arlington Baptist cruised through a doubleheader Saturday, sweeping the series over Texas College.  The Patriots topped the Lady Steers 10-5 in game 1 before finishing the day with a 5-0 victory.

The offense provided timely hitting in each game, while the pitching staff tossed a pair of complete games, allowing just two earned runs on the day.

In Saturday’s opening game, eight Patriots recorded a hit, while senior Natalie Winchester, senior McHailee Danner, and sophomore Kierra Mendoza all had 3 RBIs each.  Freshman Kyndal Murphy was stellar in the circle, earning her first complete game win of her college career, allowing just two earned runs in seven innings, while striking out five and walking one.

The Patriots fired up the offense in the first inning scoring early when Danner singled.  The Patriots would score six runs over the first two innings

ABU would add three runs in the fifth inning. ABU ‘s offense in the inning came from singles by Winchester and Mendoza.

The Patriots return to action at home on April 7 vs. Ecclesia College in a doubleheader at 4:00 and 6:00pm.  ABU home games are played at the Valdez Athletic Complex, 7400 Anglin Drive, Forest Hill.  Admission to all regular season home games is free.