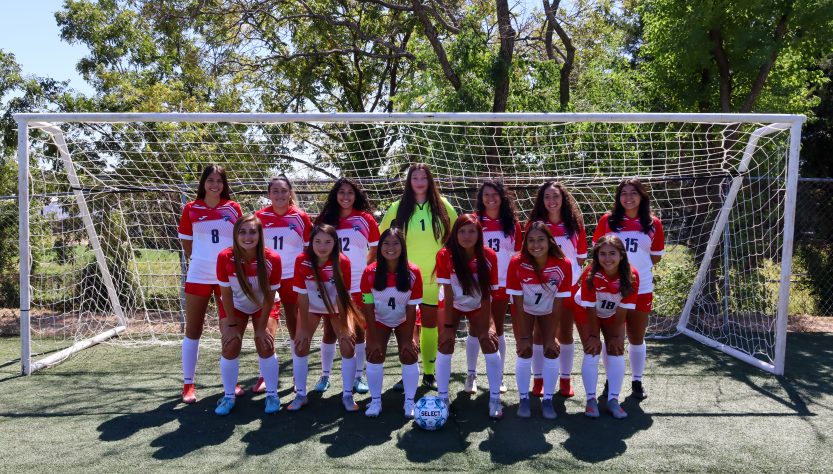 The Arlington Baptist University Women’s Soccer Team, was in Kissimmee, Florida for the NCCAA Division II National Women’s Soccer Tournament from November 18th to the 20th. The Lady Patriots first enjoyed a 1-0 win over Faith Baptist Bible College in the first round of the tournament. Freshman, Alex Cereceres netted the game-winning goal for the Lady Patriots late in the first half.

Their win over FBBC secured their spot in the NCCAA DII Women’s Soccer National Championship Game for the first time in program history. The No. 2 seeded Lady Patriots would face the No. 1 seed, Great Lakes Christian College, in the final. ABU took the lead after Alex Cereceres scored with just 10 seconds to go in the first half, putting the Lady Patriots up by a score of 1-0 going into halftime. Great Lakes tied up the match in the second half on a penalty kick, and then scored the game-winning goal with under 13 minutes left in the match.

Alex Cereceres, Rosana Estrada, and Elizabeth Viniegra were all named to the All-Tournament Team.

The Lady Patriots have so much to be proud of in only their second season as a program. This season, they went undefeated in Southwest Region play, including the Southwest Regional Tournament to bring home Women’s Soccer’s first ever Regional Championship, and then finished as National Runner-Up and #2 in the Nation. We are so excited to see the big things in store for this young program. It’s always a great day to be a PATRIOT!