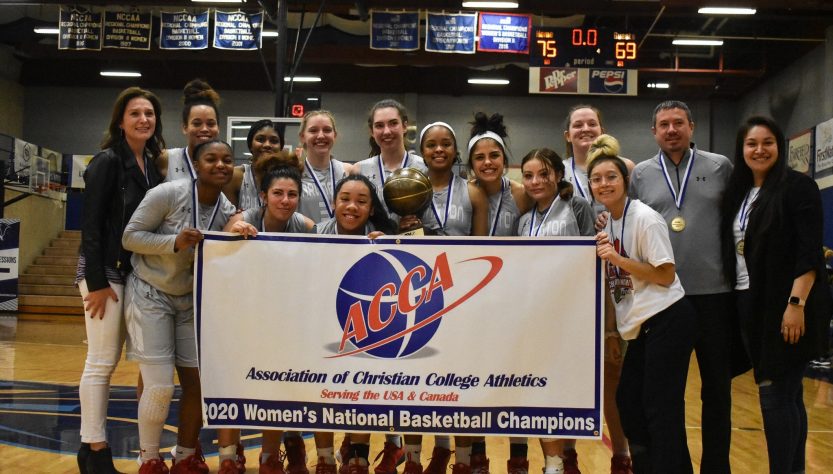 The Lady Patriots competed in the 2020 ACCA National Tournament, February 5-7, capturing their sixth ACCA National title in a row.

The Lady Patriots came in as the #1 seed of the tournament and received a bye in the first round. In the second round, they defeated Ozark Christian College, 108-60. Five Lady Patriots scored in double figures, including Rebecca Farmer who led the team with 16 points. Jaila Cook and Aaliyiah Clark both dished out 6 assists, and Ashleigh Sulak led the team in rebounds with 12.

In the ACCA National Championship game, the Lady Patriots defeated Champion Christian College, 75-69. The Lady Patriots faced some trouble in the first three quarters, and went into the fourth quarter trailing the Lady Tigers by three. However, they stormed back, outscoring the Lady Tigers 21-12 in the fourth quarter. Aaliyiah Clark recorded a double-double, leading her team with 23 points and 14 rebounds, and was named the 2020 ACCA National Tournament MVP. Peniah Waites also recorded a double-double with 12 points and 12 rebounds, and Rebecca Farmer added 19 points and 6 steals.