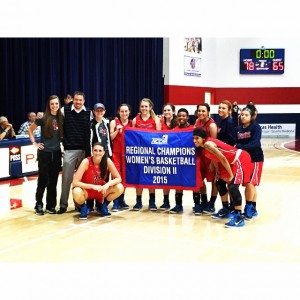 The Women’s Basketball Team began the season ranked #1 in the country in the NCCAA II polls and stay #1 as they enter next week’s National Championship as the #1 seed.  They bring with them a 23-5 record and remain undefeated against all NCCAA II schools.  This Region Championship is the third in the three years that Arlington Baptist has had a team.  Last year they lost a heart breaker in the National Championship game.  They look to avenge that loss this year as they open up against the team that knocked them out.  This season has been a great year with a very strong schedule.  Although it was tough, the ladies picked up big wins over NCAA Roger’s State, McMurry, University of Dallas, and Sul Ross State.  Their only five losses came to either NAIA or NCAA schools.  Coach McDaniel acknowledges a good season but states that, “it will not be great unless we finish #1.”