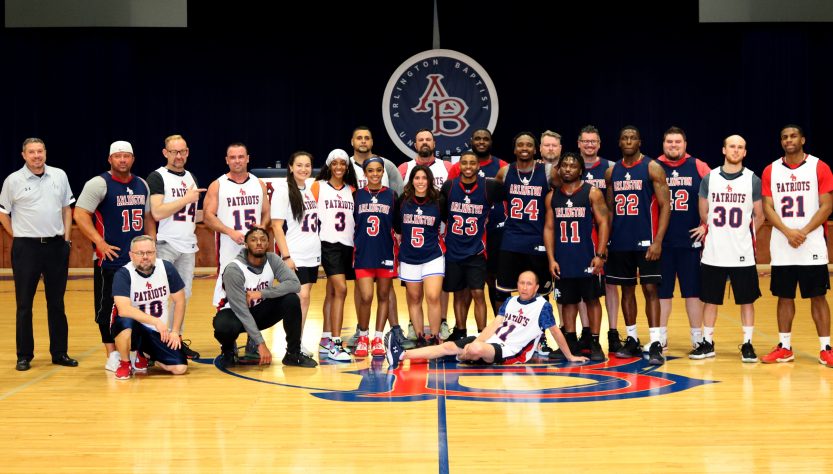 Arlington Baptist University enjoyed a wonderful homecoming night this past Friday! We were so excited to welcome back so many former Patriots! It was quite a blessing to have such a successful Patriot family reunion.

Our Patriot Men’s Basketball Team also enjoyed Southwest Region win over Kansas Christian College, who is currently ranked #3 in the Nation. Sophomore post, Da’vione Stafford lead the Patriots in scoring with 24 points. Stafford also grabbed 11 rebounds and lead the team in blocked shots with 6. Freshman forward, Trey Ballard, was second in scoring with 21 points, shooting 4-6 from behind the arc. Junior forward, Sheldon Hodge, also added a double-double with 12 points and 13 rebounds. The Patriots now hold an overall record of 7-4 and are undefeated in Southwest Region play. 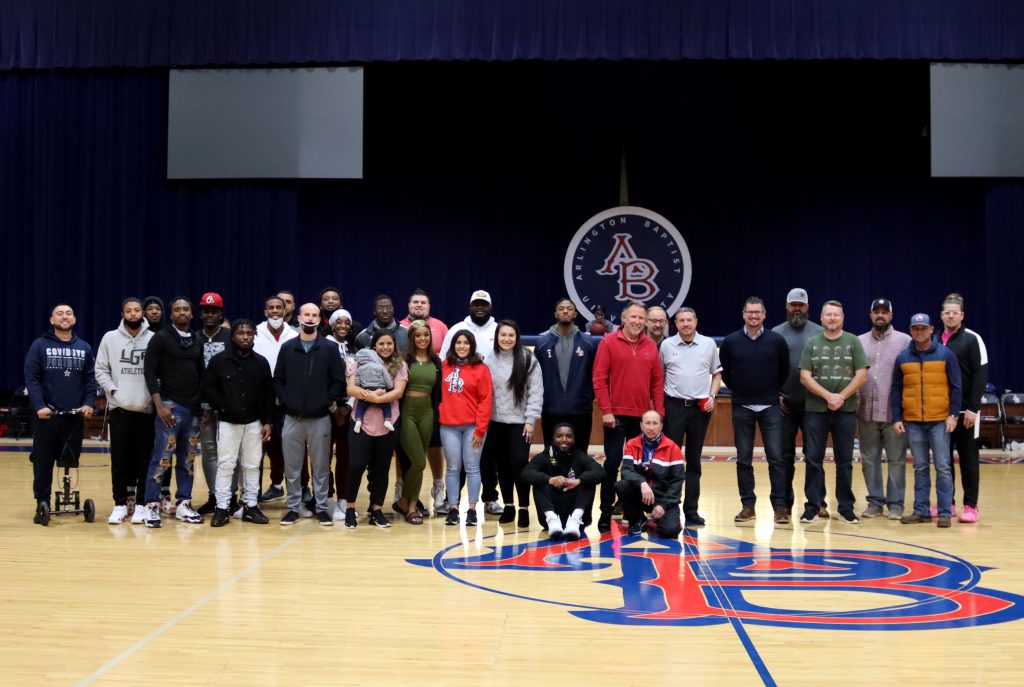 Following the men’s and women’s basketball games, Arlington Baptist University hosted its annual Patriot and Lady Patriot Alumni game! We had over 20 Patriot alumni participate in an exciting exhibition game that went into overtime, with the blue team winning by 1. We would like to thank everyone that came out to the 2021 Arlington Baptist University Homecoming and making it such a memorable night! It is ALWAYS a great day to be a Patriot!