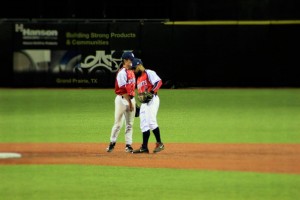 Arlington Baptist University Patriots opened up scoring in the first inning, when James Duvall grounded out, scoring one run.

The Patriots scored seven runs in the third inning. ABU Patriots’ batters contributing to the big inning included Rios, Glover, Webb, McKinney, and Bailey, who each had RBIs in the inning.

Lyric Walker earned the win for Arlington Baptist University. He surrendered one run on one hit over six innings, striking out four. Kaine Yeakle threw one inning in relief out of the bullpen.