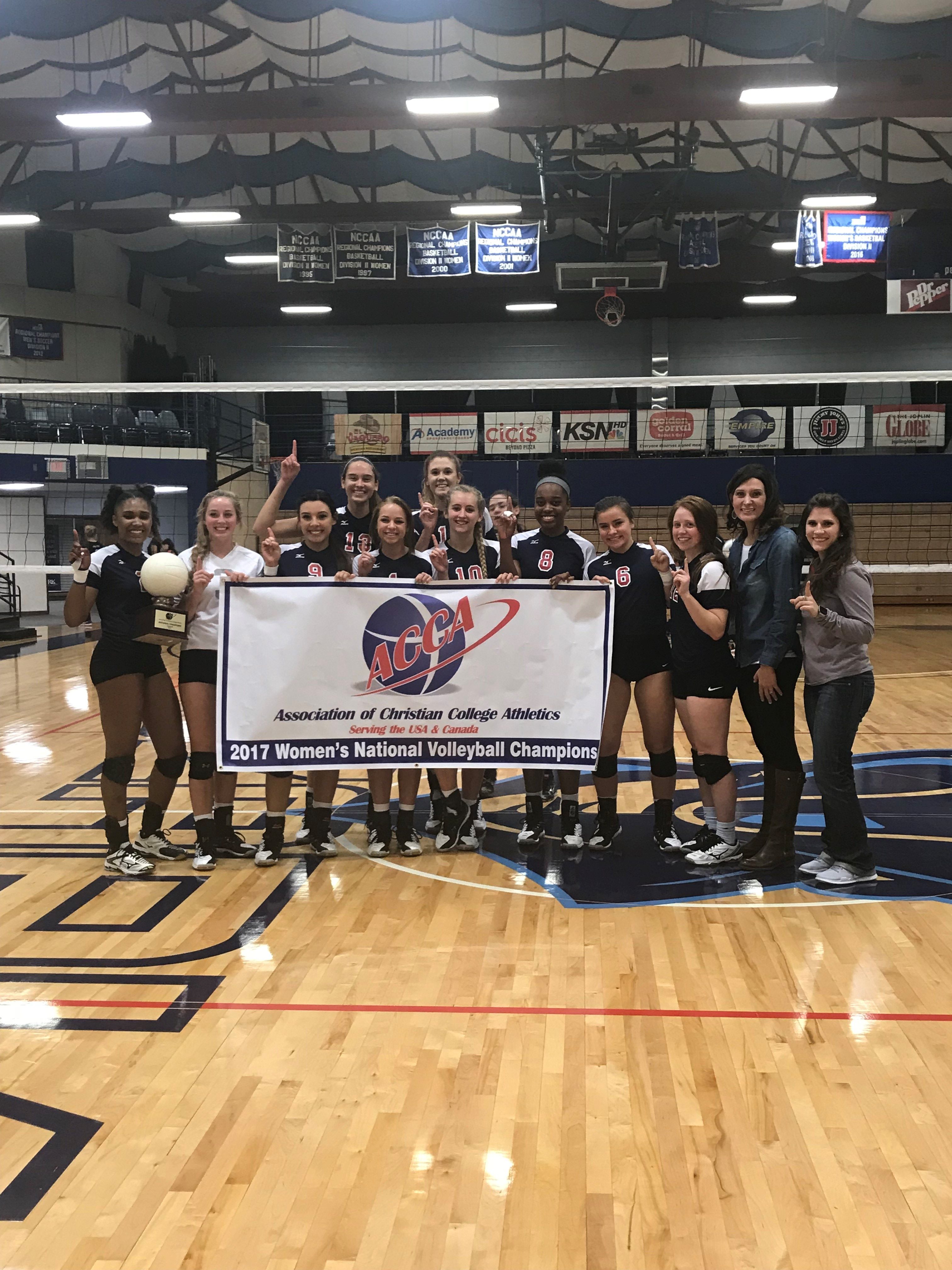 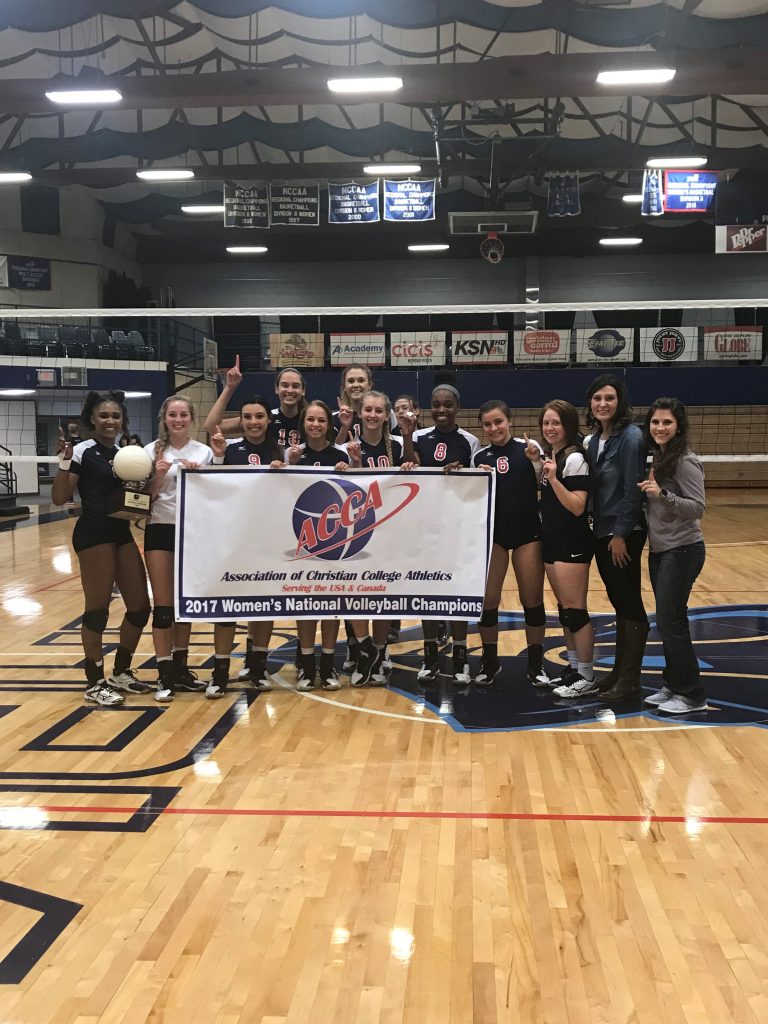 JOPLIN, Missouri – First-seeded Arlington Baptist completed its championship run with a 3-0 (25-9, 25-18, 25-15) victory against second-seeded Faith Baptist Bible College. It is their first ACCA national title since 2015 and the fourth in program history.  The Patriots finished the season on an 18-set winning streak to go along with their 24 victories.

On the last day of pool play, Arlington Baptist never slowed down.  They faced off against their NCCAA Southwest Regional foe, Dallas Christian College. Again, the Patriots won 3-0 (25-14, 25-18, 25-23). This would be the only time an opponent reached 20+ points the entire tournament. Amber Martinez led the way with 11 kills and 17 digs. Jacquelyn Wells was 9 for 22 without a hitting error. Libero Malynn Plunkett gathered 26 digs.

The prime time game of the night was number one Arlington verses number two Faith Baptist Bible College. ABU came away with 3-0 victory (25-17, 25-16, 25-13). Arlington’s defense was incredible.  Aischa Barry was stingy gathering 5 solo blocks. Total, they had 13 blocks. Jacquelyn Wells hit an astounding .762. On 21 attempts she got 16 kills with no errors.

Saturday started the tournament with the Patriots competing against Ozark Christian College again and again a 3-0 triumph (25-2, 25-14, 25-6). The Pats scored 19 straight points in the first set victory. Setters Jamie Gibson and Sydney Farris threw off blockers and placed the ball in the perfect position to set up their hitters. They had 16 and 11 assists respectively.

The final game of the season was an Arlington WIN over Faith Baptist Bible College in the ACCA National Championship game. ABU was terrific offensively, hitting .428 on the match including going .520 in the first set, .345 in the second, and .419 in the third. Jacquelyn Wells, an All-American, led the Patriots with 14 kills. She was followed by the All-American freshman, Aischa Barry with 8 kills.

Arlington’s defense was excellent, producing 8 blocks on the match and holding Faith’s offense to a .030 hit-percentage. Kattie McCaffery and Eryn Martin slowed down Faith’s outside hitter holding her to .000 hitting percentage. Ciara Cheadle, Malynn Plunkett, and Amber Martinez made their presence known throughout the match, making multiple highlight-worthy digs, with 15, 13, and 11 respectively.